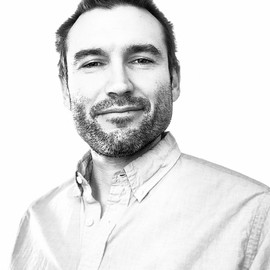 I am thrilled to be a member of the 2021 cohort of Guggenheim Fellows.

Correlated grammaticalization: The rise of articles in Indo-European

Grammaticalization is characterized by robust directional asymmetries (e.g., Kuteva et al. 2019). For instance, body-part nominals develop into spatial adpositions; minimizers develop into negation markers; and subject pronouns become agreement markers. Changes in the opposite direction are either rare or unattested (Garrett 2012:52). Such robust cross-linguistic asymmetries have led some scholars to reify grammaticalization trajectories as universal mechanistic forces (Heath 1998:729). One consequence of such a view is that the ambient morphosyntax of a language has little or even no relevance for grammaticalization. The main objective of this paper is to demonstrate the critical role that pre-existing morphosyntax can play in grammaticalization. The empirical basis for this claim is the grammaticalization of definite and indefinite articles in the history of Indo-European: indefinite articles developed at a faster rate among languages in which a definite article had already emerged compared to those lacking a definite article. The two changes are thus correlated. The results of this case study suggest that there is much more to be learned about when and why grammaticalization occurs by investigating its relationship to the pre-existing linguistic system (cf. Reinöhl and Himmelmann 2017:381).

I offer the first theoretically informed study of second-position clitics in Ancient Greek and challenges the long-standing belief that Greek word order is ‟free” or beyond the reach of systematic analysis. On the basis of Herodotus’ Histories, he demonstrates that there are in fact systematic correspondences between clause structure and meaning. Crucial to this new model of the Greek clause is Wackernagel’s Law, the generalization that enclitics and postpositives occur in ‟second position,” as these classes of words provide a stable anchor for analyzing sentence structure. The results of this work not only restore word order as an interpretive dimension of Greek texts, but also provide a framework for the investigation of other areas of syntax in Greek, as well as archaic Indo-European more broadly.